There hasn’t been a better time to enter the blockchain gaming market. With the blockchain development services and a growing understanding of its potential value, game developers increasingly recognize multiple opportunities this new area can bring. According to Forbes, there are also large investments in this sphere. Forte, a company producing a blockchain-based platform technology for the gaming industry, and Xpring, a developer ecosystem initiative launched by Ripple, have recently announced the creation of a $100 million fund to support aspiring game developers. The fund is hoped to accelerate the mainstream adoption and spread of blockchain technology in gaming, which currently attracts more than 50,000 daily active users.

Such large investments generally align with the current expectations. According to a 2019 survey conducted by Statista, 23% of gaming executives reported that blockchain could make gaming more secure, while 19% noted that the technology is expected to contribute to customer trust. 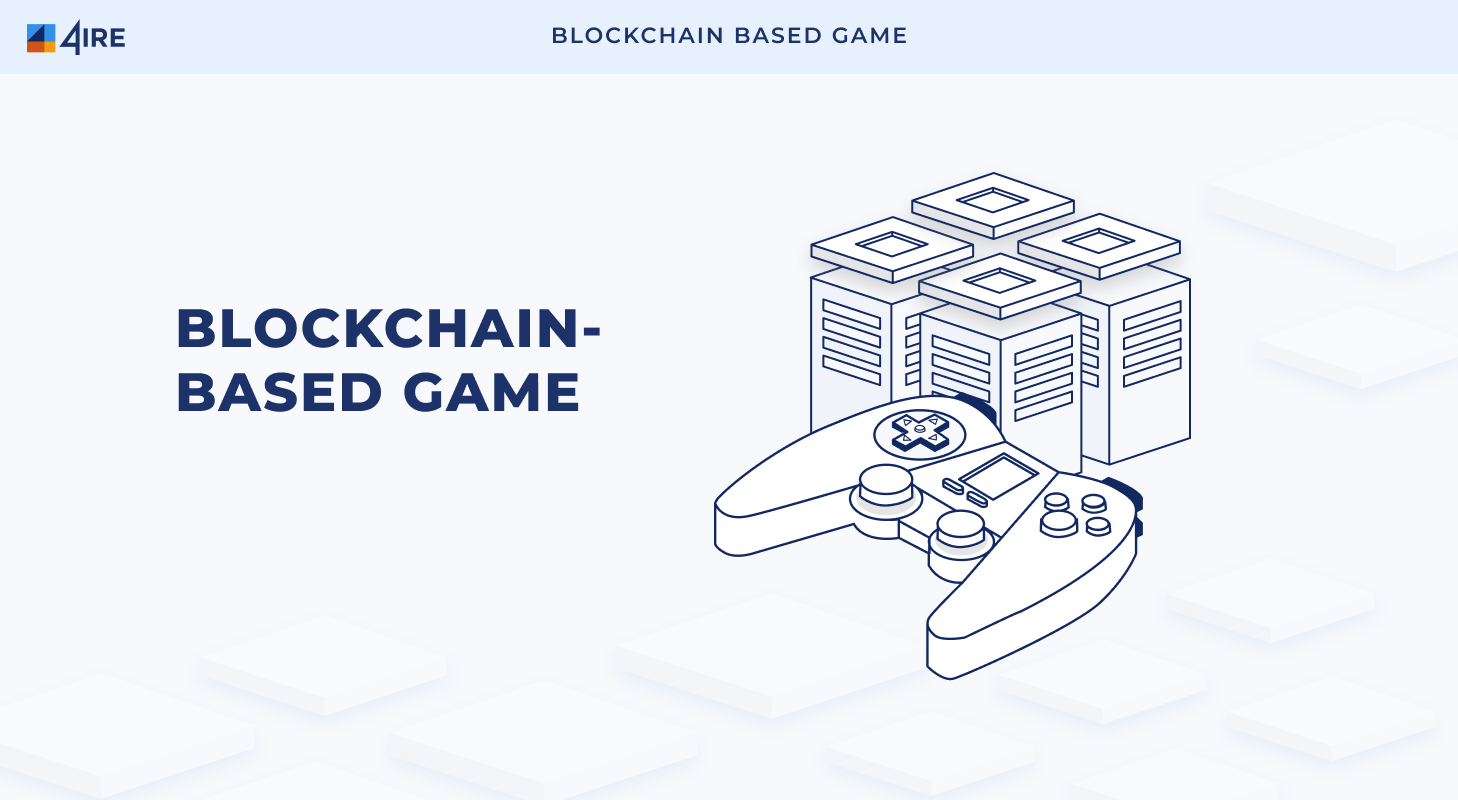 Blockchain in games thus becomes a promising area for development, meaning that there is a growing need to understand how blockchain games work and how to create a blockchain game that would attract gamers’ attention. There are some examples of highly successful crypto games that became very popular among gamers, motivating game developers. For example, CryptoKitties, a blockchain-powered game on Ethereum using non-fungible tokens (NFTs), allows gamers to buy and auction digital cats. It has recently boasted selling the first created digital cat for ~$115,000. Another Ethereum-based game called Decentraland raised $24m via an ICO in 2017 and sold out in no time.

Thus, it’s evident that blockchain-based games are the gaming industry’s future, so the 4IRE team seeks to examine the fundamentals of crypto games creation. In this article, you will learn how such games differ from traditional games, what blockchain games are already available on the market, and what advantages of blockchain in games should be considered. Based on this data, you can make an informed decision to create your own blockchain games to make money. For those of you considering entering this market, this article also offers many practical recommendations that could make it easier to navigate the world of crypto gaming.

Unlike traditional video games, blockchain games use blockchain tokens as their virtual currency. These tokens can be transferred, sold, and purchased independently of the service provider. Players using crypto games should first register in the blockchain platform used by the particular game, thus gaining access to the blockchain wallet. Blockchain games are unique in terms of virtual currency use, and they provide an unprecedented degree of transparency and security to the players. Unlike traditional games, crypto games are decentralized, and they offer tangible economic benefits to the players, who can use blockchain games to earn cryptocurrency while simultaneously entertaining themselves.

Advantages of Blockchain Games for Developers

The advantages of blockchain games for developers justify investments in this sphere. Below are the most significant benefits of using blockchain in games, which you need to consider when designing your games:

When developing a blockchain-based game, you need to ensure that your players can utilize the blockchain solutions to their maximum advantage. The main benefits that you should deliver include: