Blockchain has become a buzzword in the tech world lately. But how exactly do you go about testing it? This article will explain everything you need to know to get started 🏃‍♂️

What is a Blockchain?

A blockchain is a chain of blocks that contains information. Its technology was originally intended to timestamp digital documents so that it’s not possible to backdate or tamper with them.

A blockchain technology or platform can be used to secure, store, and manage data in a decentralized and cryptic format. This addresses the current challenges of trust or data breach between B2B, B2C, and C2B entities.

It was adopted by Satoshi Nakamoto in 2009 to create Bitcoin – a digital cryptocurrency. Blockchain technology has since then revolutionized the way businesses are conducted. It is at the core of digital currencies and utility tokens that have gone mainstream.

A blockchain is a distributed ledger that is completely open to anyone. Each block contains data, hash, and hash of the previous block, thereby making the data stored in it very secure. 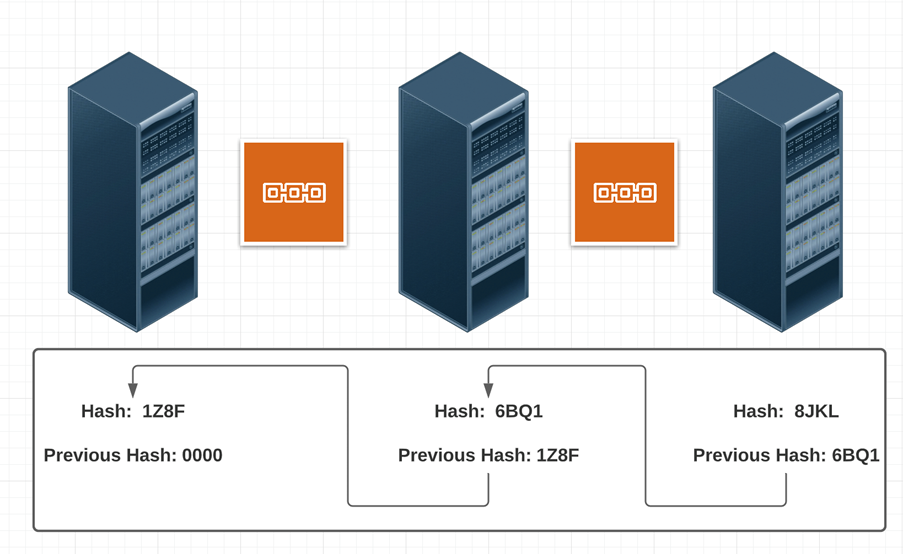 Blockchain is being widely accepted in the industry. With the rise of popularity, we need to be ready to adapt existing testing strategies to blockchain technology. But the lack of best practices, the creation of suitable test data, and dealing with scale, security and performance are some of the key testing challenges in the blockchain.

Blockchain testing assists in enabling smart records and ensures fraud security ✅ Data in the blockchain are stored in blocks. Any change in the block will invalidate the subsequent blocks.

This makes it important that whenever a new block is added, it is added in the right way. Since it is complex to exploit a blockchain, the testing of blockchain becomes even more complex. Since large transactions go through processes like encryption and decryption, it becomes necessary that these processes go smoothly.

Tools and Frameworks for Blockchain Testing

A lack of best practices, the creation of suitable test data, and dealing with scale, security and performance are some of the key testing challenges in blockchain testing. The below frameworks can help to navigate them 🔎

Blockchain testing requires you to have a strong understanding of the entire system. Important focus areas for tests include things like block size, chain size, data transmission and adding a block.

To come up with the best test analysis, it is important to have all the required information. This will in turn lead to plenty of questions from the testers, which will help shape the functionality of the system further.

For test coverage, testers should be able to add blocks and interact with them easily and effectively. When the block size increases, the complexity of block processing increases 📈 Testers need to ensure that in each new transaction, the integrity of the chain is maintained, and nothing goes missing.

To ensure that the testing is done correctly, tools are needed to implement a system under test (SUT) which reflects the production environment with high fidelity. Identifying the right tool for the specific blockchain technology of the app is a major step.

Testing a blockchain app requires a huge effort, and therefore like any software project, a blockchain project also needs automation of as many tests as possible. Automated tests would help save time and testing effort.

Implementing BC-based systems without paying special care to immutability carries a significant asset risk to institutions or users, particularly in financial applications. Therefore, the users must be aware of the possible output(s) of a transaction that they are performing.

Testers need to ensure that smart contracts are checked for such possible transaction validation and verification codes, before their deployment in the blockchain network.

Performance evaluation needs to be carried out as part of blockchain testing. The aim of performance testing in BC typically includes identifying the bottlenecks, defining the metrics for tuning the system, and assessing whether the implementation design is production-ready.

Accurate and comprehensive performance testing with varying workloads and fault loads is a key to gathering insights into how the BC-App will perform in both production environments, and under specific loads and network conditions.

Creating enough user-specific data to ensure you can meet all the required use cases is a key challenge. Immutability of transactions on the technology means there can be little margin for error.

Blockchain testing ensures that all components in the system are working properly and that all applications are interacting with it in a trustworthy manner.

As blockchain adoption grows, the need to deliver high-quality products cannot be met without investing in blockchain and blockchain testing expertise. When it comes to choosing specific system testing techniques and tools, there can’t be a one-size-fits-all solution. It is fully dependent on the type and goals of your application, as well as on the network it’s based on.

Blockchain is a technology that truly challenges the skill set of teams, allowing them to be at their best and make the quality of their applications a success 💪

What Is the Metaverse, and Why Does It Matter to the Crypto Space? | Bybit Learn