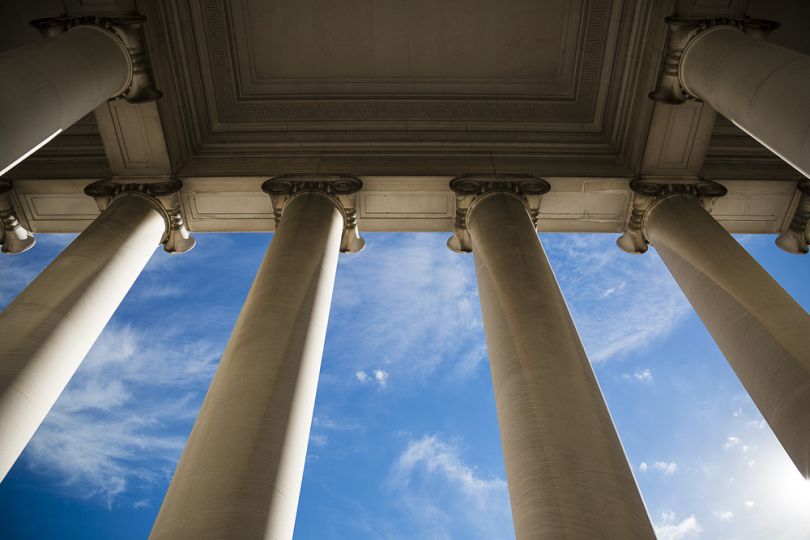 Satoshi Nakamoto launched Bitcoin with the following message: “The Times 03/Jan/2009 Chancellor on brink of second bailout for banks.” The new technology was born as both a technological advance and a reaction to the 2008 financial crisis.

The idea of a completely decentralized currency reflected widespread anger with the financial and political institutional responses to the crisis. Ten years later, Bitcoin’s underpinning technology, blockchain, is, interestingly, being embraced by the very institutions its creator lashed out at.

The line between Bitcoin and blockchain is blurry for many, but make no mistake: they are not the same thing. Blockchain is a technology, while Bitcoin is an application of that technology. Nowhere is this more evident than in the recent news that Russian hackers used Bitcoin to fund hacking efforts in the 2016 election, while investigators used the blockchain to discover the payments.

Blockchain, like any technology, can certainly be used for nefarious purposes, but many experts believe early adopters can shape it in a way that negates the influence of bad actors.

“To get behind it and back it now is going to put people at an advantage, either politically or economically,” Quant Network founder Gilbert Verdian told the New York Times.

Many states and nations are adopting the technology for everything from voting to making public services and foreign aide more efficient. The following examples illustrate the potential of blockchain in government. 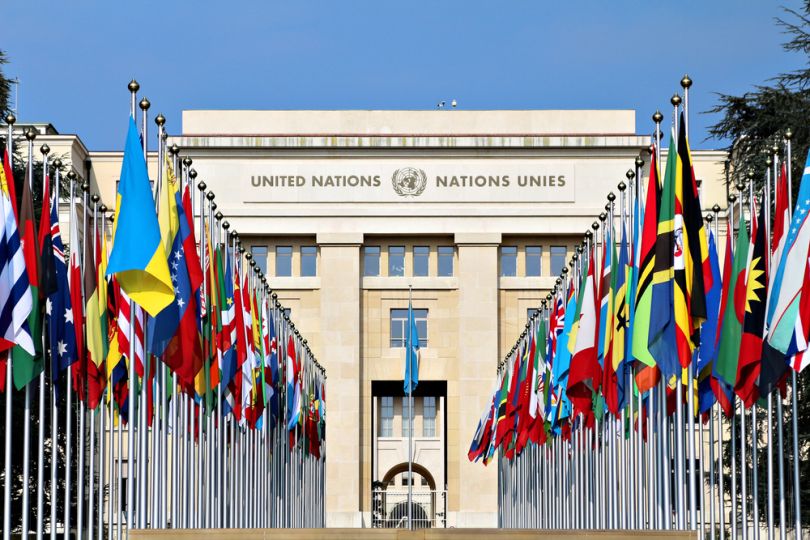 Nothing seems to be more synonymous with government bureaucracy than public assistance programs and foreign aid. Charities and individuals must go through months, even years, of red tape to prove to obtain critical funding.

Blockchain-based welfare programs are improving the process by saving governments thousands of hours of time and millions of dollars on inefficient programs.

Foreign aid has always been a bureaucratic nightmare. According to Foreign Policy magazine, some foreign aid workers, in the midst of intense war or famine, must complete hundreds of pages of grant plans, budgets, a 14-point checklist and be approved by third-party financial institutions to even be considered for foreign aid. By the time the financial aid arrive, the circumstances are usually much worse.

Here are a few examples of blockchain is benefitting government assistance programs at home and abroad.

The UN completed its first successful trial when it transferred cryptocurrency-based food vouchers to 10,000 refugees in Pakistan. The trial was so successful that the UN plans to expand the program to 500,000 Syrian refugees, currently in Jordan, by the end of 2018.

Public Aid Application: The UK has teamed up with GovCoin in order to develop a blockchain for welfare payments.

The app is a digital version of a “jam-jar.” Crypto is divided into separate accounts, or “jars,” to cover rent, grocery and utility costs.

Besides the efficiency of automatic payments, GovCoin also circumvents banks, which can hold much-needed welfare money for long periods of time.

The company has developed a Proof of Useful Work (PoUW) method that lets anyone with idle computers or extra data space to rent out their computing power for data mining.

Ankr believes that compensating everyone for using their computers to mine data can lead to a Basic Universal Income, which could supplant a traditional government welfare system.

The biggest benefit of blockchain for Denmark is the time and money saved by foregoing the involvement of a third-party financial institution. Instead of relying on banks, donors and Denmark’s foreign aid fund can directly send money to groups collecting aid via cryptocurrency. 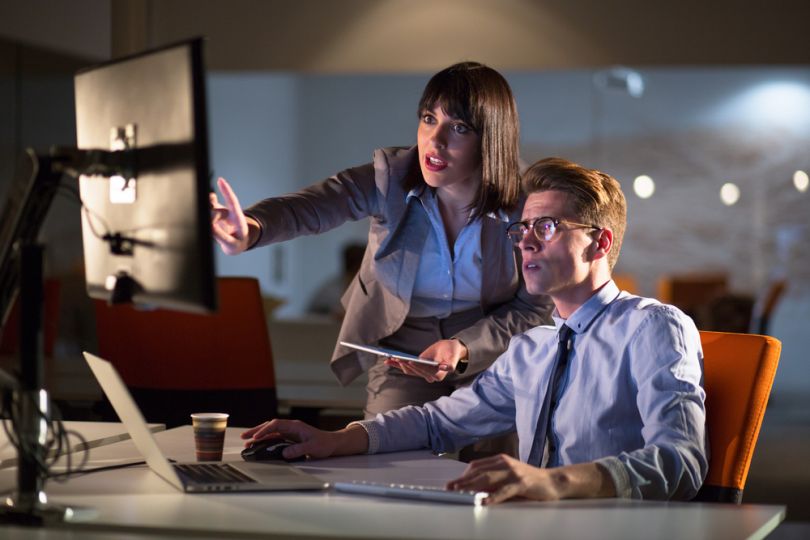 We’ve all experienced the headache of government red tape, but blockchain may be the answer to ending the public sector’s reliance on paperwork, third parties and physical contracts.

Blockchain-based “smart contracts” set parameters that parties must agree upon before executing a transaction, but are only initiated if all pre-negotiated stipulations are met.

For example, a local government contracts Acme building company to build a new bridge. Acme charges the government $1,000 for their services. In order to execute the contract, the blockchain’s decentralized nodes will have to unanimously agree that 1) the government has $1,000 to spend; 2) the government owns the land on which they want the bridge built; and 3) Acme company is legally allowed to construct bridges. Once all criteria are met, the contract will immediately initiate the project.

During the project any violation of contractually agreed upon parameters can be enforced in real-time as opposed to after the fact. Without relying on middlemen like lawyers, smart contracts save time and money, as well as establish trust between parties.

Smart contracts aren’t just for municipal infrastructure projects. According to a study by the US Department of Transportation, seven out of 10 government executives believe blockchain will have a disruptive impact on major public and private sector contracts.

Everything from billion dollar defense contracts to the purchase of public lands could be eventually be “smart.” By cutting out middlemen, government agencies can potentially save thousands of hours of paperwork and millions of dollars in redundant fees — and it’s already happening.

Smart Contract Application: Under its Government IT Initiatives program, the US General Services Administration is looking into adopting ledger systems, like blockchain, into everyday federal government use.

The agency held the U.S. Federal Blockchain Forum in 2017 and is looking into using smart contracts for patents, trademarks, IT purposes and foreign aid delivery.

In the bill, the state grants legal authority to those using smart contracts when conducting electronic transactions, protecting ownership rights and securing certain private information. The governor hopes the law will be be an example of positive blockchain implementation that other states, as well as the federal government, can eventually follow.

Smart Contract Application: Known as the “city of the future”, Dubai has pledged to fully transfer its contract and paperwork systems of more than 100 million documents to blockchain by 2020.

Officials believe running on a secure, efficient and transparent blockchain will save the city over 25 million man hours and $1.5 billion annually. 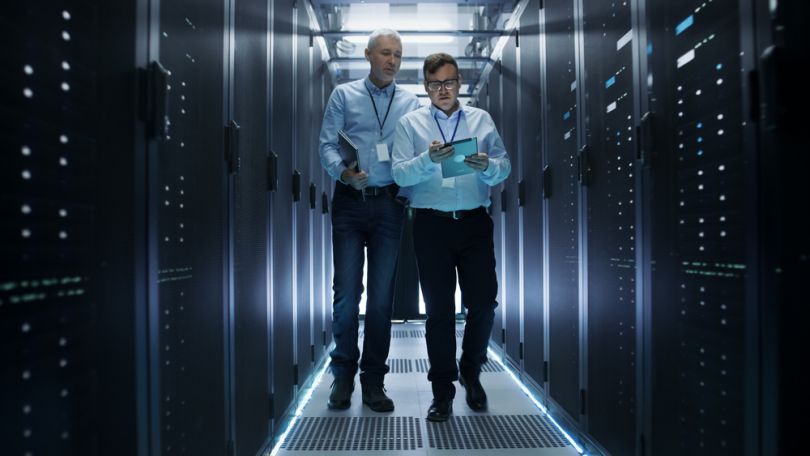 Federal and state governments have trillions of tax, identification, real estate contracts, birth and death certificates that must be accounted for at all times, along with trillions of archived public documents that must be maintained. Many organizations looking for a way to secure and organize those documents see great promise in blockchain.

A simple malicious email to an unsuspecting employee can expose thousands, if not millions, of U.S. citizens to identity fraud. Blockchain has the ability to stop hackers in their tracks through safe identity encryption.

Blockchain’s private encryption combined with unique cryptographic identifiers can allow any government employee or individual to safely and quickly find the proverbial needle in a haystack of information. The following are a few examples of how blockchain is revolutionizing government record keeping.

Record Keeping Application: The Illinois Blockchain Initiative is seen as one of the leading U.S. entities seriously exploring blockchain technology in government.

The state-funded initiative is looking into different ways to use the ledger to maintain the data integrity of passport, birth certificate, death certificate, voter registration and social security information.

Illinois officials believe blockchain is not only a safer option to store this important data, but a more efficient option as well.

The initiative has mostly focused its efforts on archiving public documents like historical records and laws, but since Delaware is home to roughly 65% of all Fortune 500 companies, the state is looking into how to protect the financial information of the companies and their shareholders using encrypted ledgers.

Record Keeping Application: Australia is teaming up with IBM to make the Land Down Under one of the top countries in the world integrating blockchain into its record keeping process.

Currently, the country is using the technology to combine its passport and birth certificate databases into one blockchain-backed base. Both IBM and government officials believe blockchain brings a heightened level of data integrity and security to record keeping. 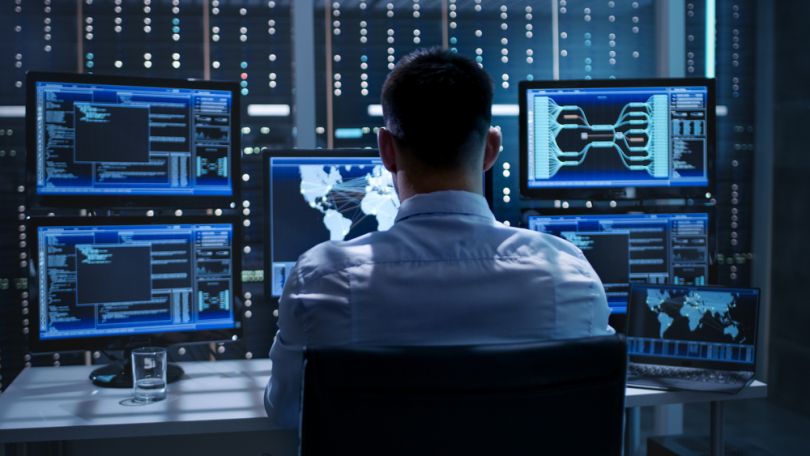 The greatest attribute blockchain brings to policing is chain of evidence. In a chain of evidence, blockchain records every event and detail (police body cam footage, arrest data, police reporting, etc.) in sequential order with timestamps, creating a detailed timeline of events. Because the data is irrefutable, investigators and court systems can use it to piece together legitimate evidence for trial.

Authorities can also use chain of evidence for easier detection of crimes, especially in the financial sector. If a criminal is trying to use a false identity or access unauthorized financial information, the blockchain will immediately recognize this action as malicious, alerting authorities.

Here are a few examples of how blockchain is taking hold in law enforcement.

Law enforcement officials can use the company’s blockchain ledger to view any suspicious activity, like drug trafficking. Additionally, Chronicled has developed tamper-proof shipping containers that register and track all contents throughout the shipping process, making it simple for law enforcement to use as evidence.